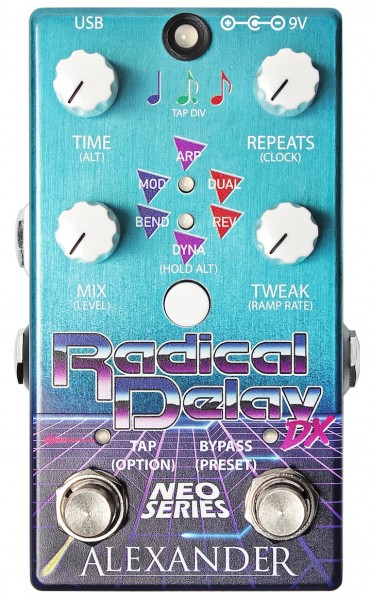 The Radical Delay DX features six delay modes, all of which are adjustable to play from 24kHz down to 1.6kHz bandwidth using the CLOCK knob.

The maximum delay time varies by mode and clock rate, but it varies from 680ms to over 5000ms. Yep, that’s over 5 seconds of delay time, but it sounds terrible. It’s gross. Don’t say we didn’t warn you.

The EXP port on the left side can function as an expression pedal, foot switch input, or a MIDI input.