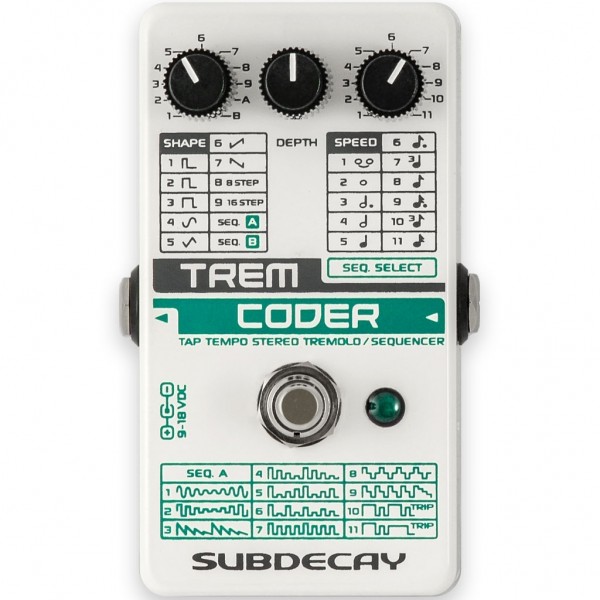 The TremCoder gives you options but won’t require a masters degree in modular synth madness to operate. A variety of LFOs drive a stereo tremolo/panner and lock into your groove with tap tap tempo.

But wait, where’s the tap tempo switch? External input? Nope. You just tap the bypass switch twice and the tremolo starts on the following beat. Tap up to five times for greater accuracy. When tapping stops the effect turns on like magic. After two seconds simply press the switch once to turn the effect off.

How does stereo work with only one ouput jack? You’ll need a TRS Y cable for stereo panning.