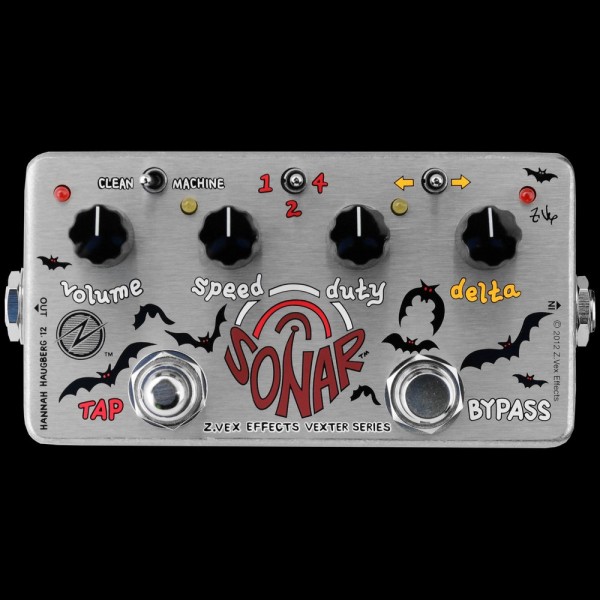 Description Video Evaluations 0
Description
The Sonar™ is a “tremolo” pedal, but this one’s different. This unit has the ability to chop... more
Close menu
Product information "Z.VEX Sonar Vexter"

The Sonar™ is a “tremolo” pedal, but this one’s different. This unit has the ability to chop up any signal you send into or out of it. Unlike most other tremolos, it can cut down your high gain signal to silence. It can also sound gorgeously transparent like a traditional tremolo. It does other fun stuff like increase or decrease tempo, duty cycle (amount of time the trem is ON in a given cycle), or both simultaneously on the fly. It also has tap tempo and a slew of advanced features (attack, release, and depth controls). Lastly, and perhaps most importantly, it has a ZVEX Machine™ circuit built right into the box.