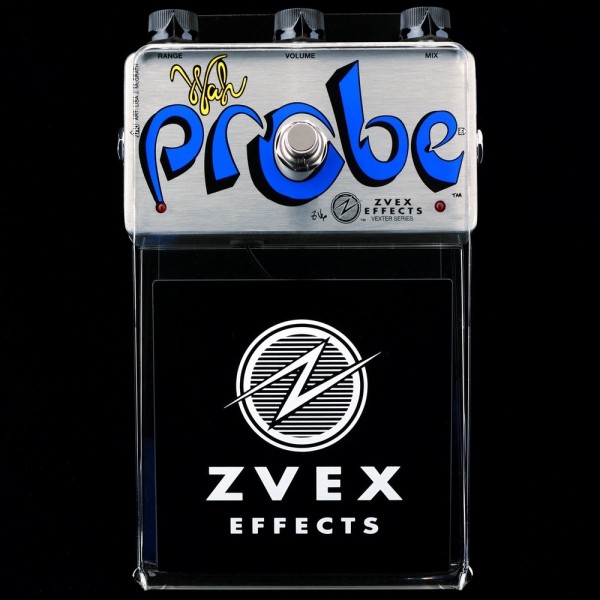 This effect is a natural continuation of the probe series... the Fuzz Factory™ probe, the volume control/manual tremolo probe, and now a wah. It’s probably exactly what you think it is: a theremin-style antenna controlling a wah, getting brighter as your foot approaches. It has three extra features, however. There’s a Super Hard-On™ boost circuit in front of the wah, with a knob to set the exact level of boost for driving your wah sound. It can be turned up high enough to make the wah crack up a little for that “something’s gonna blow” sound. It gets pretty darn loud! There is also a “Mix” knob for dialing in the desired wet/dry mix of the effect, and a “Range” knob for controlling/limiting the ultra-bright upper range of this circuit.